On Tuesday, 18th December 2018, David Torrance MSP for Kirkcaldy lead a debate in the Scottish Parliament entitled ‘Fife Alcohol Support Service, Supporting Fifers for 40 Years’. The motion celebrated FASS on it’s 40 years of helping people overcome issues with alcohol and acknowledged that since it began operating, FASS has supported over 23,000 Fifers and families deal with problems with alcohol. FASS was commended on its invaluable work with some of the most vulnerable people in Fife. The debate received cross party support across the chamber.

The Scottish Parliament also welcomed staff and volunteers to the gallery who had come along to witness the momentous occasion.

FASS are delighted the debate has received both local press coverage and on nationally on the BBC News.

Jim Bett, Service Manager, of FASS said; “Fife Alcohol Support Service (FASS) are delighted to be at the Scottish Parliament today to take part in the national debate on alcohol awareness. For 40 years, Fife Alcohol Support Service (FASS) has been a leading provider of counselling and psychotherapy for people in Fife with alcohol-related problems. Since our inception, 200 counsellors, many on a voluntary basis, have helped over 23,000 Fifers and their families deal with addiction, regular drinking and binge drinking. Our sincere thanks to David Torrance MSP for his support in showcasing our work in the Fife community on the national stage.”

The full debate can be seen here 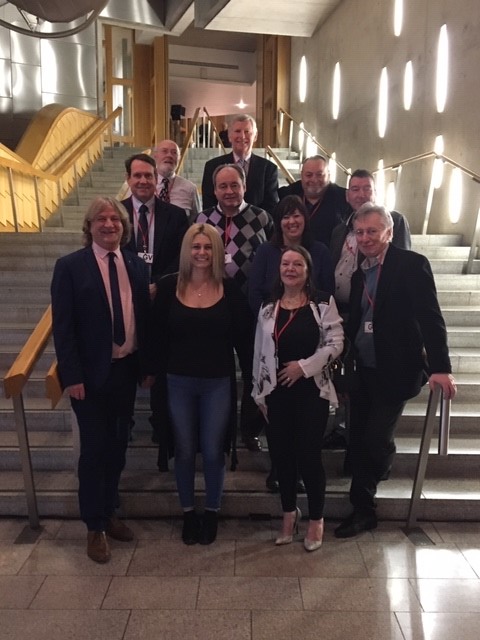